I was recently asked to review the App TrailMix and was instantly loving the idea of music that is calibrated to your pace!  How cool is that?!?  Unfortunatly for me, the product is not yet available for people whose techno-gadget toys are android devices....  This app is suited for iPhone 3GS, 4, 4S, or 5; or an iPod touch, 3rd, 4th, or 5th generation (earlier devices not supported).  I asked a friend over at Stay The Pace to help me out with a review of this neat concept....  this is what she had to say:

App Review of TrailMix Pro Step to the Beat

I was recently asked to help a fellow blogger and runner do an app review of the Trail Mix Pro by Resonant Technologies, LLC. This app is a music player to be used on an iPhone or iPod for the runner, jogger, and walker who enjoy listening to music but with a unique feature by matching your pace.

I was given a redemption code to download the TrailMix Pro app on my iPhone 5. As soon as I downloaded the app, all of my music and playlists where automatically read. Before I began to use the music I wanted workout to, I needed to make sure the music was downloaded onto my device from iCloud, which only took a couple of minutes. If you don’t have any music stored in the iCloud and it’s on your device then the user should be fine right from the start. Once that was completed, I then selected the playlist, calibrated the app to set my personal BPM (beats per minute) and then I headed out for a run.

As soon as I began running, the app immediately detected my steps taken and matched it to a perfect tempo to accompany the music I selected.

The built in accelerometer in the device is what helped determine the pace from each of my footsteps during my run.

As I speed up, TrailMix Pro matched my pace instantly and as I slowed down it slowed my music down to a slower tempo. When I stopped at an intersection or stopped to a slow walk, the app slowed down even more to match my pace and thus recalibrated to have the music I selected to do the same. 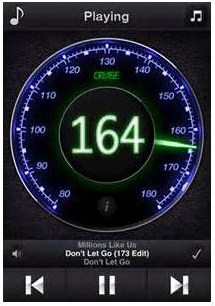 The functional capabilities allow the user to choose to shuffle the entire music library or a selected playlist as well as repeating the musical selection(s) as many times as the user wants. I preferred the shuffle feature just to be surprised on which song I will listen to next as I ran. 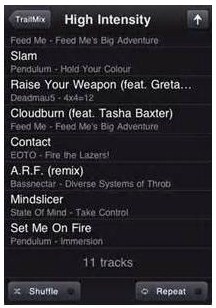 As soon as I finished my run, a screen would pop up allowing me to end my workout showing the stats of my workout. The stats TrailMix Pro records is steps taken, time spent moving, and average pace just like a pedometer but this is all built into the app. It would also give you an option to post these stats on Facebook or Twitter which makes it nice for those folks who want to get the support from their social networking friends. As a runner, I know I like those cheers from my Facebook followers.

Lastly, at the end of the workout there is little pop up tab that allows the user to redeem Kiip Rewards from an affiliated sponsor. It’s a nice way to reward the runner, walker, and jogger for all their hard work on their latest workout. I received a $2 Kiip Rewards through Amazon to apply towards the purchase of Bengay Menthol Pain Relieving Gel.

I think this app is great for anyone who runs, walks and loves music. It’s great for the user to put their mobile device or smartphone in their armband, backpack, waist pack, purse, stroller, etc to simply go out for a workout or take a stroll to the park or store nearby their home. The app is a fun way to listen to music by getting folks out exercising, staying fit and healthy.

***
I haven't had a chance to play with this app myself, but I do know that looking at the webpage, I really really hope they move to android stuff so I can try it on my smart phone!  Their website has this to say:

In addition to being fun, scientific evidence suggests that moving with the beat improves performance. According to an article published in LiveScience,

Syncing beats per minute with an exercise pace increases your efficiency. In a recent study, subjects who cycled in time to music found that they required 7 percent less oxygen to do the same work when compared to music playing in the background. Music can also help block out the little voice in your brain telling you it’s time to quit… synchronised music led to a 15 percent improvement in endurance. (Peterson 2009)

Experience increased fun and increased performance as TrailMix syncs your music to match your motion. TrailMix remixes any song so the BPM matches your movements, making it easy to step to the beat of all your favorite songs.
References
Peterson, Dan. Music Benefits Exercise, Studies Show. LiveScience. 21 October 2009. <http://www.livescience.com/5799-music-benefits-exercise-studies-show.html>What do you think?  Do you listen to music while you walk, run, workout...?  Any fun apps out there I should know about?
Posted by Unknown at 3:49 PM

Check out some of the great events Uberthons has to offer: 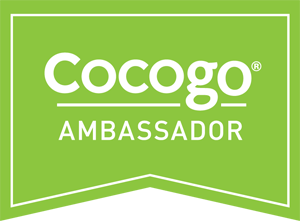 Use Code OUTRUNNINGTHERAIN for 10% off! 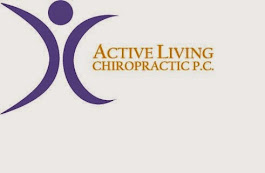 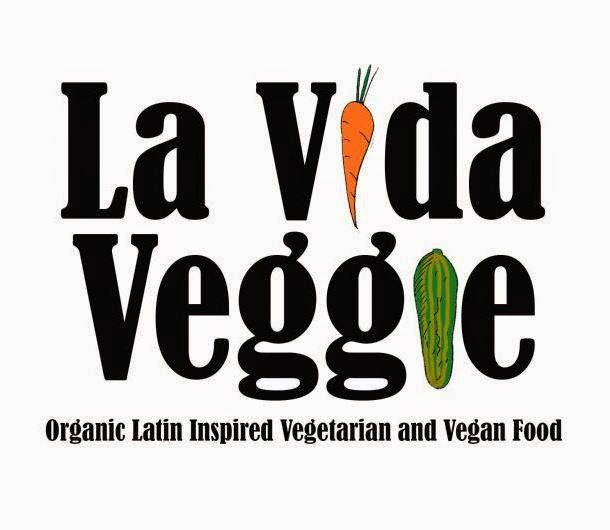 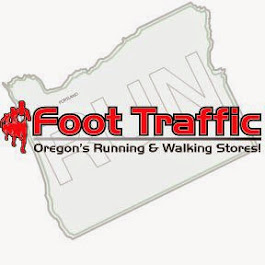